SAN ANTONIO – It’s been four days since Donald Trump’s historic win and thousands all across the country have organized rallies to protest the president elect. Although Texas is a red state, Bexar county voted Hillary. Today San Antonians gathered at city hall to express their disapproval.

I took a visit downtown  to check out the activity and shot a few photos. Protestors waived signs around and chanted anti trump slogans. The crowd was smaller than I imagined it would be, but the people that did show up were passionate about their disappointment in the election’s results. View my photos and 360 degree video below. 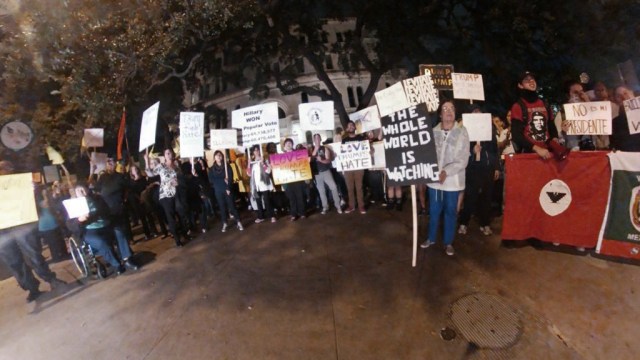 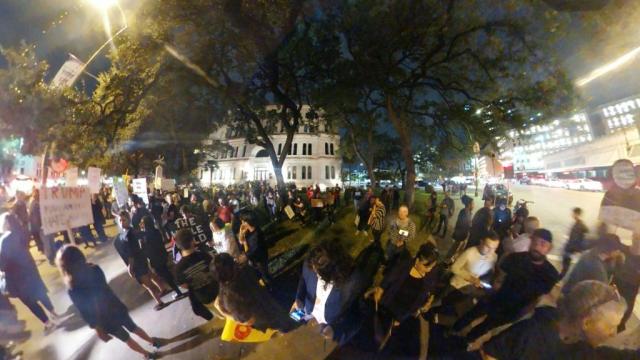 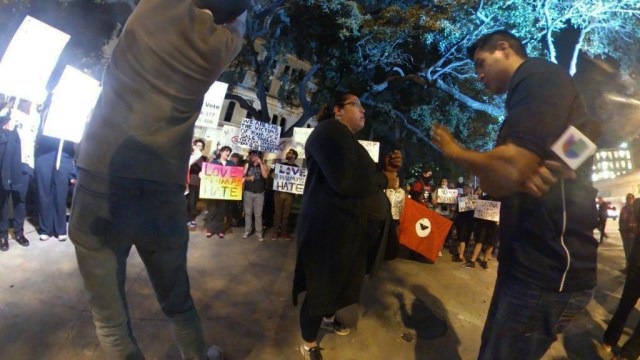 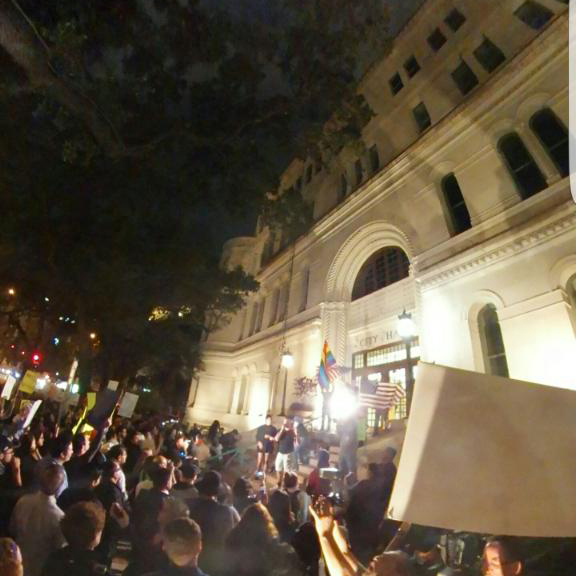