SAN ANTONIO – “Want to be my model?” asked one of my creative friends and make up artist Nate Ryan. “…sure! Anything for you!” I replied.

Within a month, I got an email from a woman named Roxy, with a beautiful positive attitude she wrote, “Happy Sunday Beautiful BBs, thank you for your support..,” I replied with such excitement to be part of this fashion show. I asked when I could meet her in person and she replied with the day of the dress rehearsal. Always being in a rush or late, I arrived one hour late to meet her. She welcomed me with a big hug and showed me the song I was walking to and how excited she was to have me. By this time, I was excited for the show and was ready to meet my designer Dillon Van Tran. At first, Dillon was going to meet me on a Tuesday but because of everything going on in my life I was only able to meet him the day of the event.

The event was called, Intro 2 Fuckwave. To be honest, I had no idea what it was about, I wasn’t even sure what I was expecting so that morning I listened to the song I was walking to more clearly. “What is this?!?!?!” “ What did I agree to?!?!” I wondered and started to feel uncomfortable. My boyfriend was even confused on what I agreed to but supported what I was going to do. “I’m doing this for Nate and Roxy.” I told him and I went forward with the wave.

Around 3:30 p.m. I was rushing once again to the event. Once I arrived I saw lasers being set up, a lot of pan dulce, candy, and a lot of creative people. There were makeup artists, hair stylists, designers, drag queens, and models there. I was kinda scared, I’m not going to lie.

“Yaaaaaas girl, I’m so excited!!” I heard a couple of models say. Next thing I know, I saw a familiar face, “Okay let’s get you into make up!” said Nate excitedly. My mind was still going wild, and I couldn’t think straight. I was going nuts, I needed a drink. “What am I doing here?!?” I kept asking myself over and over. Once I had a full face of makeup,I finally met my designer. “You must be Luna.” He said. “I am!” I replied and he hugged me. That hug felt like the best hug I’ve ever had and the most calming. After putting on my outfit and walking out, I heard “yassssss Luna!!” Once I felt comfortable, I started to meet people. My teammates were super rad, they were all in this event for the love of fashion. I realized they didn’t care what anyone thought of them, who they were with and what was happening. However, I was still pretty confused on the definition of “Fuckwave.” I walked the runway with one of my teammates, Shanee Howard and finally felt a little more comfortable but yes, I was still confused. My friends who attended the first round of the events told me they would have never thought of me being at an event like that.

“There were penises on the wall and moaning,” they exclaimed. “What were you thinking?!” Yet still in my mind I constantly replied, “I’m doing it for Nate and Roxy.”

Round two of the event happened and I started to mingle with the most fierce drag queens I’ve ever seen in my life. They popped, they strutted, they laughed, they cheered, and most of all they were real with you. They didn’t care about what anyone thought about them and most of all, they loved people and positive energy.

“Round 2 babiesssssss!” Yelled Roxy in a beautiful white gown.

“You look great girlllllll,” some models exclaimed. They even fixed my outfit and told me I looked super cool, I felt loved and accepted. Watching the runway for the first time after walking I realized why my friends thought it was weird. There were penises on the wall, and they was moaning, however…nobody noticed that. They noticed the art and fashion. They turned a runway show into a phenomenal dance party in no time. They made a circle and took turns dancing in the center cheering everybody on, I even got in on the dance party and got cheered on and best of all I made new friends.

At first I was confused, and yes this was the weirdest experience I’ve ever had, but I met the most real, beautiful and amazing people.

Thank you to the House Of Kenzo for showing me love and for letting me meet the most rad people on earth. 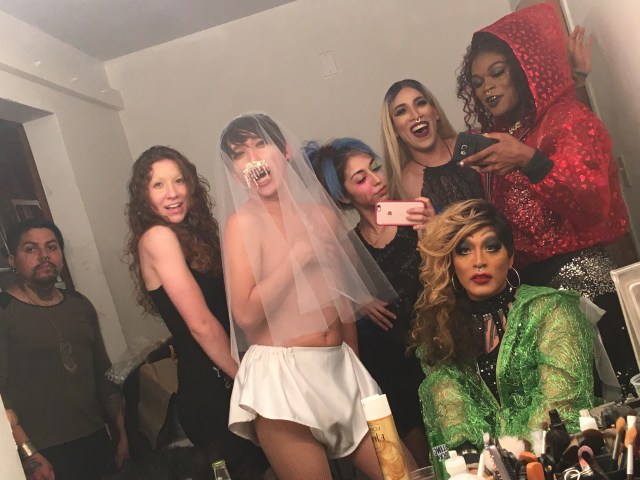 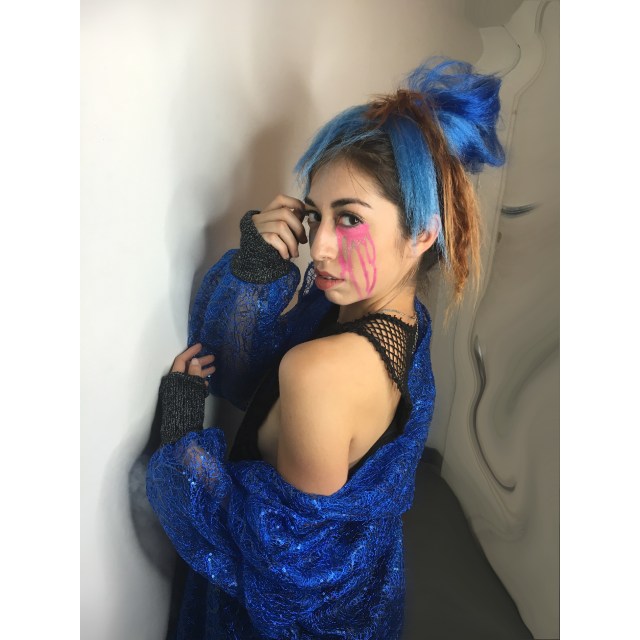