San Antonio rock band Levees will release their debut EP this weekend, January 23rd,  at a Limelight show with Femina-X, Crown, and Fair Coyote. Levees has been around for a little less than a year and has a sound that feels somewhere between The Doors and the White Stripes. We caught up with Levees guitarist  Kyle Anderson and got a quick interview. 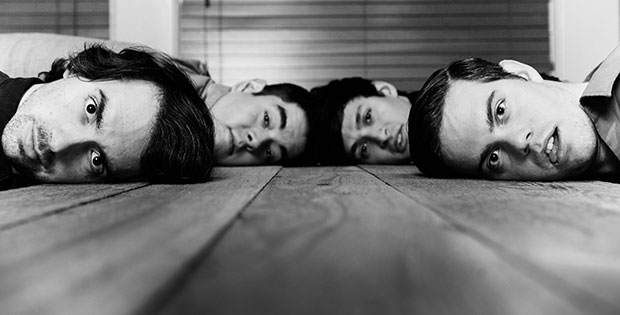 How did your band come together?

Going to our roots, Kody and I are brothers and have been playing music together since we were teenagers. Ever since we first picked up our guitars, we’ve been crafting and exploring ideas. We’ve been in multiple projects all based in New Orleans. After moving to San Antonio to go to college, we began writing new material and making connections with local musicians. We met our drummer, Skyler Ellis, through our friend Marcus Rubio, and our bassist, Jeff Palacios, through mutual friends on the local music scene.

What sort of artists would you say have influenced your sound?

We are inspired by a range of artists spanning many genres and mediums. From Blind Willie Johnson to Bjork, from Johnny Cash to St. Vincent, we absorb and appreciate whatever is made with passion and brilliance. We describe ourselves as somewhere between The Doors and The White Stripes, because we create blues rock that shines deeply in the moonlight and is flavored with a dash of the diabolical. We also draw insights from surrealist poetry, inventive films, and whatever will spark a fire in our hearts and our hands.

As a fairly new band how did you go about getting involved in the local music scene?

We feel fortunate to be a part of the San Antonio scene. From the beginning, all the bands and venues we have worked with have been so welcoming and accommodating. As far as logistics, it was simple—we reached out to a friend who booked shows, said we had a band and were ready to play, and that was that. We got our first show last February, and we have been working diligently to get our first release out ever since. I think the lineup for our EP Release show this Saturday—Fair Coyote, Crown, and Femina-X—will showcase the immense talent present in the San Antonio music scene and we are so excited to be a part of such a strong bill. 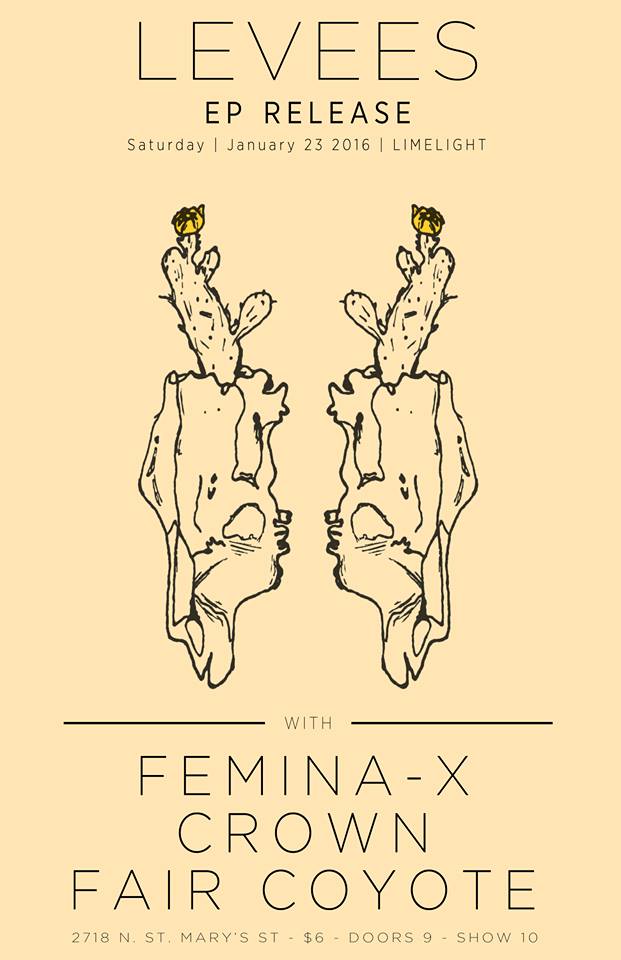 Make sure to come out to limelight this weekend and check out the show. Creative Socialite will be there covering the action. Don’t miss out.

Also get a taste of Levees sound by listening to track “Your Spell” below: